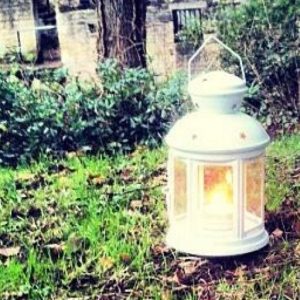 There is an immensity about the person and work of Christ which means we’re always learning or rediscovering something about him.  We never ‘graduate’ from Jesus.  There is no end to the depths of him.  Here’s what I’m learning/rediscovering about him at the moment.

In prayer I’ve had a number of ‘visions’ recently.  I return to the same middle-eastern type of room and Christ is always there.  He comes to me there.  Sometimes I place my head on his shoulder.  Sometimes he is preparing a meal.  Sometimes he’s washing my feet.  And I’m in tears.  He is continually offering me the invitation to come an rest with him.  He understands.

This is an ‘image’ of Jesus that has blessed me, humbled me and given me a sense of awe in worship of late.  A sense of Jesus risen and exalted in the throne room of the Father.  I come, I bow, he lifts my head.  He invites my allegiance to His Majesty.  I’m invited to announce his enthronement to the world beginning in my own life, where I am, and to whoever will hear.

3.  He turns up in unexpected places.

I recently was outdoors getting fresh air and having some time for reflection.  I was asking him if he would simply give me a sense of his peace over a particular issue, if it was right.  Immediately a Robin flew straight onto a branch next to me and looked me square in the eye.  He stayed a few moments then flitted off out of sight.  He knew what I needed and sent an errand lad!

Why is that always so surprising?  Why is it always so shocking?  He counters my endless  strains to perform and please him with a knowing look and a gentle shake of the head.  It is all given freely.  No striving.   I turn up for prayer with a concerned frown, and immediately I know ‘I’m not meant to be carrying *this*’.  And sometimes I come thinking ‘oh man, how many times do I have to come carrying this same confession again and again?’ and immediately there’s a sense of ‘no records kept’ – ‘no condemnation’.  Just grace and mercy to spur me on into a deeper gratitude that may mean that one day I stop tripping up over that thing.

I can trust him to say it like it is.  He doesn’t beat around the bush.  Oh, he’s surprising and he blows my small answers out of the water, but there’s nothing untrue about him.  I was reflecting on this today.  He was preaching back to me a message I gave somewhere recently and he reminded me that he was the Key of David and that his Kingdom is more real than the kingdoms around me and that I should remember that in no uncertain terms!  No problem, Jesus.  I believe you.  And then went on to confirm in my mind the idea that he displays this Kingdom glory and authority in a particular way among his Kingdom community when we’re gathered together as ‘living stones’ maybe in a way I don’t always see when I’m doing it on my own.  Struck again by the miracle of new creation that he is beginning in his people, his Kingdom of priests, his royal nation.

What are you learning about Jesus?

I’m not for a minute suggesting that this what Jesus is showing you right now, nor that there is anything ‘new’ or revolutionary here.  What I am asking is ‘what is Jesus revealing to you?’  Is your relationship dynamic, challenging, active and life-giving?  Do you have an intimacy with him that goes beyond what felt yesterday, last week, last year, last decade? Basically, are you losing yourself in him so that, day by day, it is no longer you who lives but Christ in you?  May he grant this grace to us all.

One thought on “5 Things I’m learning about Jesus”