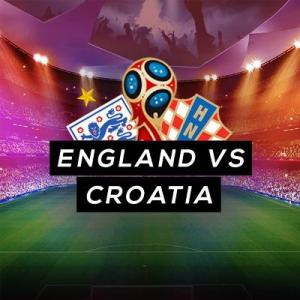 It’s not really that I have anything against the England football team.  I wish them well, and I hope the fans get their hopes realised.  However, I won’t be watching the football.  I wouldn’t even be watching the games if Scotland were involved.  I seem to have something of an inbuilt resistance to football that goes beyond just not liking it or being interested in it.

For me, even the sound of a football match produces an adverse reaction because of its associated connections to my childhood, and to the toxic masculinity that accompanied it in my early life.

There was always money for a season ticket, but not for some of the very basics the family needed.   I watched closely an emotionally detached man express his only feelings in the context of a football game and not towards his children or family.  And, there was the excessive alcohol, the aggressive behaviours beyond and behind closed doors, and the rejection of my own peers for just not being good at it, in spite of trying.   I watched my own son struggle to be interested in playing/being knowledgable about football in order to ‘fit in’ until he realised it just wasn’t worth it.  He and I are in solidarity that its just not that important.

The sense of ‘not fitting’ is difficult for any child, and when added to other factors going on for me at that stage of my life, it is no wonder I sense a distance from ‘the beautiful game’.  Even as an adult I’ve worked in communities where the divide between teams and sectarian values that go with it have been so very detrimental to the healing of communities, especially in Glasgow or Newcastle, where the game is elevated to the extreme.  Very little by way of friendly football banter.  There was football bolstering a sharply divided community along sectarian lines in the West of Scotland.

I imagine that, if I were interested, I may even enjoy watching a game at home, or with good friends.  But I’m just not interested, and for me I guess it is important to say that I refuse to be made feel somewhat weird or less of a man for taking no interest in football.  I also choose not to dredge up negative memories associated with it and the difficulties it caused at home.  I just simply stand my small piece of non-football ground, and I’m not interested in being a convert.

I’m by no means suggesting that every football fan perpetrates this behaviour, of course not.  Don’t get me wrong.  I am sure, too, that the aspiration, team work and sportsmanship that football can build in young people can be really valuable.  We do, however, need to recognise that there are other ways to do this for young people who don’t access the football vibe.

I’ve especially appreciated reading about England manager, Gareth Southgate, displaying healthy, caring, nurturing and fatherly approach to leading the team – a sign of mature and wholesome masculinity, no doubt born out of his own challenges in the game.  A brilliant role model for young men.

It’s just not for me.

One thought on “Football, loneliness and toxic masculinity…”