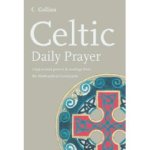 Having been discipled in the Salvationist tradition, extempore prayer was the pattern.  We were taught, encouraged to make up our own prayers.  That is great….more than that, there was a culture of ‘praying out loud’ so that made connecting with others in prayer a bit easier.  There is also a good ‘spiritual warfare/intercession’ gene in there, and that is useful too.

I then became familiar with the charismatic movement and was more than delighted that the Holy Spirit delighted to give the gift of praying in tongues and that, again, became a powerful worship/prayer way.  Also, praying the bible, which is fantastic.  I think its probably through the 24/7 prayer movement and through mixing with folks at Urban Expression and Northumbria Community that I’ve come to find a home in a different place, prayer wise.

The journey getting there, however, was a painful one.  First, it was the trauma of a community like Torry and the things we continually saw around us.  The normal words, prayers, ways, seemed redundant although I know it was me who felt redundant, not the prayer.  And from there followed a great deal of what I can only describe is silence.  I simply sat silent before God.   And that helped.  But I also became aware that prayer is not so much for me to ‘change God’ (as if I could), but that prayer was mainly to change me, to bring me into a new place.

Then I started to do the unthinkable for me…I started using a daily office.  Written prayers that I’d always write off as an empty substitute for empty spirits, I didn’t even enjoy reciting the Lord’s Prayer in public.  But honestly, bad experiences of that sort of thing had put me off.

In an attempt to start articulating words and aligning my heart towards God, I started to pick up a variety of resources.  The first one I picked up was actually the Prayer Book of the United Hebrew Congregations…a Jewish prayer book.  And I found such resonance with my own soul in those prayers they literally moved me to tears.  Just beautiful.  Especially the Amadah…such a beautiful prayer.  I found a love there to for the Shema….’hear oh Israel, the Lord you God the Lord is one’, and that scripture started to find its way deep into my soul.

The next from there was the Celtic Daily Prayer from the Northumbria Community.  This came alive to me particularly through association with some of its folks, but partly through the honest and simple words.  Each of the offices can also be sung, which I find helpful for memory and for the days when I feel like I want to sing out.  I use the Northumbrian offices most frequently.

Also, I came across a breviary (short cycle of prayer) from a neo-monastic community in the states called ‘Missio Dei’ called the Missio Dei Breviary which is inspired by the Anabaptist and Fransican traditions which really fed into my primitive Salvationist vibes with its earthy commitment to the teachings of Jesus, holiness and Good News for the poor.  I use that on occasions…it has four separate weekly cycles, so you can dip in.

So, having got the bug for that sort of thing, I picked up Jonathan Wilson-Hartgrove and Shane Claiborne’s work, ‘Common Prayer: A Liturgy for Ordinary Radicals’ which I like for its wide rootedness in a wide load of praying cultures, but which didn’t quite hit the spot.

I’ve recently picked up the Benedictine Handbook, and the fornightly cycle of daily prayer in there has a different character (mainly Psalms and Scriptural Songs based), but there is a real heart to it.

What all that has done for me is to awaken my spirit to God’s Spirit, even when I don’t feel like it or don’t know what to pray.  Extempore, warfare, intercession, tongues, all still there. But as daily ‘bread and butter’ character forming prayer, a rhythm is so very useful and beneficial.

Oh, and there is nothing more special than praying with people who also are moved, shaped and inspired by the same office as you are.  When I go up to the Northumbria Mother House and share in Midday prayer, its like coming home, it really is.

Anyway, just putting that out there.  Some of those resources may be helpful to you in building a sustainable prayer life that will help turn your heart towards God.